on November 18, 2008 Uncategorized
share
3.36K
historyvortex.org gives you a closer look inside the studio during the filming of Godzilla vs. King Ghidorah Sound stage 9 on the Toho Studios lot is famous among Godzilla fans as the location of the "tokusatsu" or special production. The largest sound stage in Asia, it was constructed to accommodate the filming of Godzilla 1985 and has since served as the site for most of the major special effects scenes of the movies which followed in the Godzilla series. Because of the secret nature of many of the special techniques and the curiosity among fans they generate, sound stage 9 is off limits to all but the most privileged guests. The following are some of the things a visitor might
read more 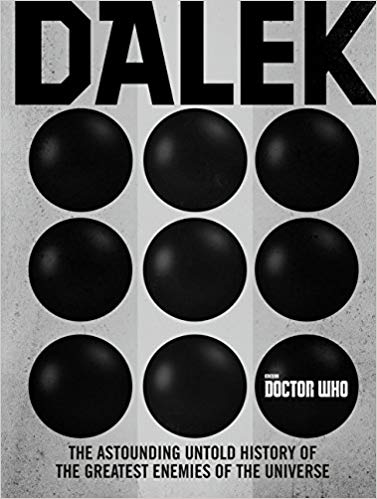 The Twisted History of the Daleks

on April 28, 2008 Uncategorized
share
An Alternate Look Into Dalek History   The Dalek Invasion of Earth The problem with Dalek history is right there in the second episode when Ian Chesterton asks the Doctor how it is possible the Daleks are there on Earth when they had both witnessed their destruction on Skaro. “My dear boy!” exclaims the Doctor, “the Daleks we saw on Skaro are a million years in the future. These Daleks must be from the middle part of Dalek History.” On the face of it this is an extraordinary statement, more so given that the Doctor should be so confident about something that seems so obviously wrong. When he first met the Daleks on Skaro they informed him that their own
read more

An Interview with Henry G. Saperstein

on March 28, 2008 Uncategorized
share
2.36K
An important person associated with Godzilla and Toho movies in the United States is the late Mr. Henry Saperstein (1918 - 1998) who was president and chief executive officer of UPA Productions of America. UPA has owned the licensing and merchandising rights to Godzilla since the 1960s, and Mr. Saperstein had been responsible for the release of several Toho movies in theaters in the United States. In 1995, Mr. Saperstein was kind enough to take time out from his busy schedule to meet with John Rocco Roberto. Roberto: The first obvious question is: How did you get involved with Toho? Saperstein: I was approached (at UPA) by some of the marketers and they were looking for solid, theatrical-quality monster pictures.
read more

So Just How Big Is Godzilla?

on February 16, 2008 Uncategorized
share
1
A Model Builder's Guide to Godzilla's Size Changes                                                    Contrary to what the English dub of the original Godzilla, King of the Monsters would have us believe, Godzilla was never "over 400 feet tall". What follows is a history of Godzilla's height, or correctly, increase in height. In the 1954 Japanese original, Dr. Yamane estimates that Godzilla is 50 meters tall (167 feet). Godzilla destroys Tokyo, but is later killed by the Oxygen Destroyer. A second Godzilla appears in the next movie: GodzilIa Raids Again (1955). This creature is also 50 meters tall and would remain this size for the following Godzilla movies through to Terror or MechaGodzilla (1975). In 1984, Toho presented Godzilla (Godzilla 1985 in the U.S.)
read more

The Six Faces of The Master

on January 27, 2008 Uncategorized
share
3.34K
History VortexA Chronological History of The Doctor’s Greatest Enemy           A History Vortex Conflict. All great literature is a series of conflicts. Whether drama, fiction and yes, even science fiction, a good story features a series of conflicts between an antagonist and a hero (or heroes). Like our own lives, we yearn to see adversity triumphed over, the good defeat the bad, the world set right, and in the same way, there would just be very little interest in stories which hold no person interest to the reader. Regardless if the reader can directly relate to the characters of a given story or not, the reader can connect with the moral issues presented when characters are pitted against each
read more

Davros, Daleks, and the Question of Their Origins

on December 18, 2007 Uncategorized
share
2
When Terry Nation's Daleks first appeared on British television back in December 1963, their immediate success at capturing the imagination of the British public spawned what the media titled “Dalekmania.” Ever since those early days the questions of their origins has caused major debate within fan circles. Terry Nation himself, penned four separate origin stories for his creations, each different from the one preceding it, but the most controversial re-write, had to be the invention of Davros in 1975. Davros was created to, as Nation himself put it, "give the Daleks a spokesmen." Nation felt that the Daleks, speaking in their grating-monotone voice, were boring when they needed to give long speeches, and thus Davros would provide a more entertaining
read more

An Online Interview With Satsuma and Nakajima

on October 23, 2007 Uncategorized
share
To kick off the events of G-CON'98, long time kaiju fan Aaron J. Smith arranged with the SciFi Channel an online interview with Godzilla suitmation actors Haruo Nakajima and Kenpachiro Satsuma. This was the first ever Internet chat with celebrities from the Japanese sci'fi genere and it was but one part of the online activities which took place over the weekend. Moderator: Welcome. Moderator: Before we begin, will you introduce yourself Gcon98 and explain how things are working on your end? Gcon98: This is Jim posting from the location of G-CON `98 in Chicago. I have with me Mr. Haruo Nakajima and Gcon98: Mr. Kenpachiro Satsuma, the Men Who Were Godzilla. Moderator: We`re very pleased to present two actors who
read more

on October 9, 2007 Uncategorized
share
7
When Ultraman came into my life in the early 1970s, I mistakenly thought that he was the only hero from M78. Oh, how wrong I was! I discovered the other members of his family quite by accident, while attending a comic’s convention in the 1980s. There was a video presentation by Dave Studzinski, in which he ran an episode of Ultraman 80, explaining that this hero was one of the Ultra-Brothers. I was shocked, since I didn’t know Ultraman had brothers, or sisters for that matter. Way back in Ultra-Fan #2 (before the zine was later named Kaiju-Fan) I did an Ultra-Family "Who's Who" covering all the Ultra-Beings (all the way up to Ultraman Zearth) at the time. Since there
read more

Johnny Sokko and his Flying Robot

on September 8, 2007 Uncategorized
share
6
A Complete Guide to Toei's 1960s Sci/Fi Series THE BACKGROUND From the pen of Mitsuru Yokoyama and Toei Co., Ltd., a hero was born. Prior to 1968, the American public had very little knowledge, if any at all, of Japan's live acton series. The west's only exposure to the fantastic world of giant heroes and monsters came in the late afternoon or evenings on television when Godzilla, Mothra, Gamera, Rodan, Great Majin, and on occasion, Starman (Supergiant) would appear. One day, the curtain was lifted on the arrival of Ultraman, the show that changed television viewing in 1968. Two years later, the Japanese presence expanded with the arrival of The Space Giants (Magma Taishi) series. Then
read more
1 2 3
Page 2 of 3