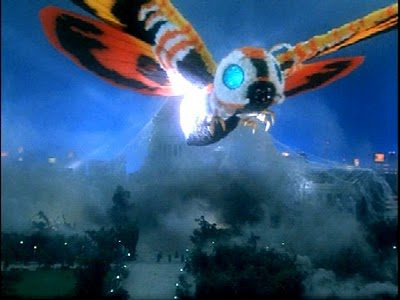 This is a Japanese pop culture magazines where Rodan is probably the second most famous kaiju after Godzilla outside of Japan, this month’s kaiju is by far Japan’s second most popular kaiju: Mothra! Mothra made its first appearance in the 1961 Toho film Mothra, attacking Japan in order to rescue the captured Twins Fairies of Infant Island. It would later reappear first to fight Godzilla (in which the adult version would lose its life), in Godzilla vs. The Thing, and then as allies with Godzilla and Rodan against Ghidorah. When Toho revised the Godzilla series with Godzilla 1985, Mothra reappeared along with a dark version of itself, Battra, in Godzilla vs. Mothra. Since then Mothra has returned in Godzilla vs. SpaceGodzilla and was featured in a trilogy of films centered around a new legend and design for the creature. Mothra’s most recents screen appearances included the 2001 Toho film Godzilla, Mothra, King Ghidora: Giant Monster All-Out Attack, 2003’s Godzilla: Tpkyo S.O.S, and the 50th Anniversity film Final Wars. 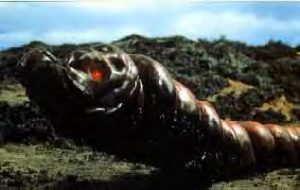 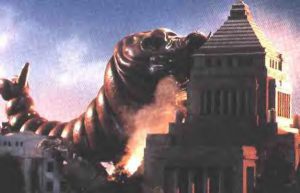 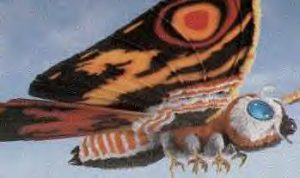 Filmography:
Godzilla and Mothra: The Battle for Earth (1992)
Godzilla vs. SpaceGodzilla (1994)