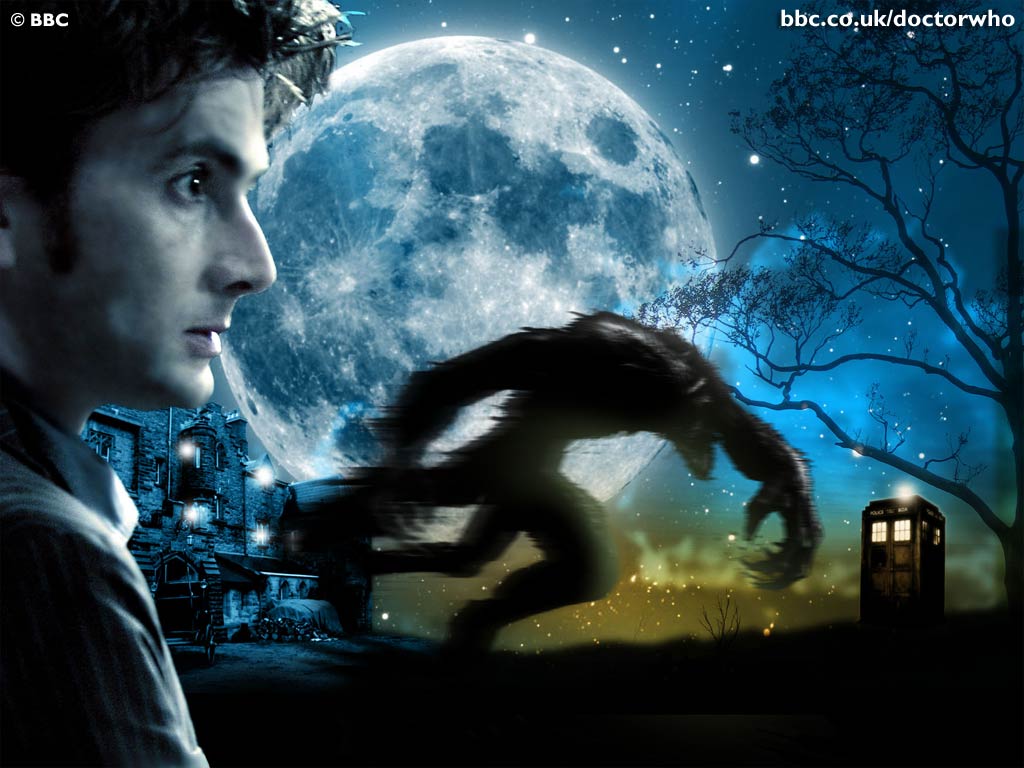 Review and Commetary by Andrew Panero

Russell T. Davies produces arguably one of his best scripts yet for this Victorian shocker, which is really a clever pastiche of martial arts films, horror and historical drama. With his characteristic humour and fast pace, not to mention a cracking opening sequence, this one should be filed under instant classic.

Outside of the Doctor Who comic books I cannot remember any Doctor Who story that featured werewolves before. (But I’m sure I’ll be corrected on that one). Nor for that matter can I remember any ‘Who’ stories apart from Christopher Bulis’ book ‘Imperial Moon’ that directly featured Queen Victoria herself. There is a possible reference to this story within the episode when the Doctor speculates at one stage on the possibility of the Victorians building star-ships powered by coal when he is discussing the wolf’s potential impact on history.

Pauline Collins gives a great performance as the aforementioned Queen, fleshing out the character with humour and dignity. Rose spends a great deal of the episode trying to get the Queen to say ‘we are not amused’, which is an excuse for many lame jokes on RTD’s point. But we can forgive him that just this once, because the rest of the episode positively sparkled and there was a pay off at the end which I didn’t see coming. The Queen is also an important figure in the growing Torchwood mythology that RTD seems to be gradually feeding us as the series progresses.

The plot itself is relatively simple, just a the bare minimum of exposition before the Host’s (Tom Smith) transformation and then all the screaming, running and dying takes over. Along the way we find out why Prince Albert spent so much time endlessly cutting and re-cutting the Koh-i-noor diamond (actually it was the Queen who ordered it recut after it was displayed at the Great Exhibition in 1851), that mistletoe repels werewolves (one of the more obscure lycanthropic facts) and that the Royal Family could have werewolf floating around in their gene-pool.  (No comment; they can still execute you over here for treason).

There is an echo from the last series (‘you have something of the wolf about you’ the Host tells Rose as she correctly guesses he is an extraterrestrial) as well as a big debt to the ‘Horror of Fang Rock’ in the denouement. Whereas last week’s plotting and structure left me uncomfortable, this week’s was very smoothly done, the plausibility gap being nicely bridged by Mr. Davies.

Although I have yet to read any other reviews on this episode I have no doubt that it will have the usual divisions of friends and detractors, but I am happy to put myself amongst the former group. With an audience of 9.3 million its seems safe to assume that a lot of other people thought so as well.