Toho in America, The Return of Godzilla

The Return of Godzilla

The Return of Godzilla (known as Godzilla 1985 in America) was a very unique movie. Why you may ask, well because the movie that graced our screens by New World Cinema was a complete rewrite of the one thatgraced Japanese screens by Toho. While it is not as drastic as some Americanizations (What’s Up, Tiger Lily?) that is not saying very much. What we Americans got was an extremely serious movie, not seen in theGodzilla franchise since the original. Constantly being interrupted by some military punk, making some of the worst puns I have ever heard. Also to add to the problem is Raymond Burr, who reprises his role as Steve Martin. The main problem with his character is that he simply has nothing to say or do, except relive memories of the 1954 attack by Godzilla. With all that said though, my main problem with the Americanization of this film is the fact of how it is just disrespectful to the original Japanese version. Now whenever talking about the Americanization of this film, I feel the need to break the changes up into four different categories shortened, added, altered, and deleted. The following is a list of changes I could find.

Goro’s fight with the giant sea louse; the louse’s voice was also changed.

The scene where Naoko learns her brother is alive; Goro snaps pictures of them reunited, which angers Naoko because she realizes he only helped her in order to get the scoop.

The meeting between the Japanese prime minister and the Russian and American ambassadors. Also deleted was a scene after the meeting in which the prime minister explains to his aides how he was able to reach a consensus with both sides. Furthermore, this scene appears before Godzilla’s attack on the nuclear power plant in the American version, whereas in the Japanese version it appears afterwards.

Part of Christopher Young’s score from Def Con 4 in several scenes (including Godzilla’s attack on the Soviet submarine, the scene where the SDF armored division arrives in Tokyo Bay, and Okumura’s near-death experience during the helicopter extraction in Tokyo). 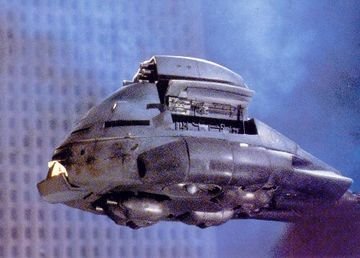 The scene in which the vagabond helps himself to the food in a deserted restaurant (due to Godzilla’s arrival in Tokyo) was edited. In this scene, the distant sound of Godzilla’s footsteps was added to the US version.

Almost all of Godzilla’s rampage through Tokyo. Scenes of a crowd fleeing Godzilla that appeared later in the Japanese print were moved to an earlier point in the movie (and corresponding footage of them gathering around Godzilla after he is knocked out by the Super X was removed), the Super X fight was re-arranged (in the Japanese version, Godzilla fires his atomic ray at the Super X after being hit with cadmium missiles, not before), and various other scenes of destruction were either placed in a different order or deleted completely. Some fans were particularly upset by the removal of a shot showing Godzilla reflected in the windows of the Yurakucho Mullion Building during the scene in which he attacks the Bullet Train. 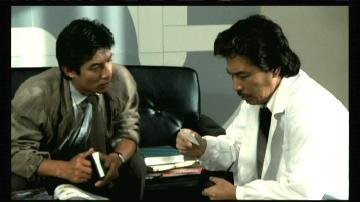 All shots which employed a life-size replica of Godzilla’s foot (mostly seen near the end); only one shot of the big foot crushing parked cars during the nuclear power plant scene was kept.

A shot of an American nuclear missile satellite in space (probably done in order to make America appear less aggressive).

Professor Hayashida showing Okumura photographs of Godzilla’s 1954 attack and later discussing the mutant sea louse with an aide at the police hospital.

Goro calling his editor from an island.

Those changes were for the most part unwarranted. With the most controversial change being the scene where the Russian freighter officer Colonel Kashirin attempts to stop the launch of a nuclear weapon. New World edited the scene (and added a brief shot of Kashirin pressing the launch button) so that now Kashirin deliberately launches the nuclear weapon. Some of the scenes, like that just scream propaganda.

Onto how the film did in the theaters. The best way to sum that up is not bad, but not good. For a monster movie it made a “Decent Amount”. However, as a movie it did poorly. The only redeeming factor for New World is that the film made quite a good amount of money on home video sales.

What is the moral of this story, well it is don’t severely edit a Godzilla movie. This is something that held true as no Godzilla film after The Return of Godzilla was edited a great deal. This was a trial and error mistake that wasthankfully never made again.